This exhibition showcases four families who have all impacted the city in their own way: the Farrah, Lee Tet, Knight and Dallinger families.

It takes hard work, new ideas and a respect for heritage to grow a place like Albury into the city it is today. People have come from all over the country and the world to call this region home and to bring their skills, passions and ideas. There are many families who contributed to the future of this area. Many of whom are deserving of their own exhibition! The families shown here represent the unique ways in which an individual, their family and business are the reasons a city grows.

Next time you walk around town, have a look around and think about the impact people of the past, present and future have on the streets around you.

These large businesses were family affairs. Lindsay met his wife, Winifred, through the Scouts and Guides and after marriage in 1950, the newlyweds began LC Knight & Company at the back of their North Albury home. They went on to have four children; Carolyn, Jenny, Peter and Robert.

LC Knight & Company grew quickly and moved to Mate Street. The iconic Knights for Lights sign was positioned diagonally so it was visible from both Mate Street and the laneway beside it.

A keen shooter, Lindsay was a member of the Albury Pistol Club and Albury Rifle Club. It was this passion that led him to co-develop shooting equipment and technology. In 1959, Lindsay started ATA at the back of his business in conjunction with friend Ken Gillam, who had an idea for an electric pop-up shooting target.

The company grew quickly and by the late 1960s, the company found a niche global market selling shooting targets to military and police organisations worldwide, including the Middle East. The Knight family hosted many international visitors at their 67 acre property in Lavington, with Lindsay demonstrating ATA products at the property’s own shooting range. The company opened offices around the world, including USA, UK, Iran and Jordan. By 1979, ATA had over 200 staff in Albury and more than 30 staff overseas, including Carolyn and her husband, Peter Hamilton, who managed the UK branch.

The influence and growth of the company continued in the 1980s and 1990s and by 2002, after a number of ownership changes, the present day Australian Target Systems (ATS) formed. Lindsay Knight’s innovative spirit didn’t slow down after ATA. Lindsay worked on developing equipment for oil exploration and was involved in the search for HMAS Sydney up until he passed away in 2002.

The Knight name continues to be recognised today. Milspec Manufacturing not only occupies the former ATA buildin, it now sits on the corner of Fallon Street and Knight Road. 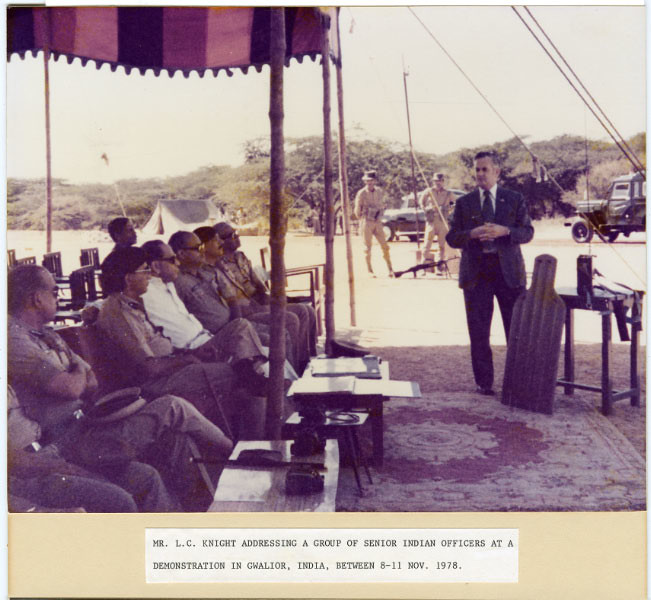 Dallinger and Foto Supplies are names synonymous with photography. The family have been capturing Albury’s collective memory since 12 year old Jack received his first Box Brownie in 1924.

Albury-born Jack Dallinger showed interest and talent in photography early on. At 21 he won a consolation prize in a worldwide Kodak competition for his photograph of a fishing bag and Murray cod. At 24 he started his first photographic business with a friend on Ritz Lane.

In 1940 Jack started his own family when he married Nina and the couple went on to have two children. Both children were models for his photographs and his son, John, didn’t take long to join the family business.

By 1942 Jack had taken over Oakley studios on Dean Street. In the 1950s, Jack bought the freehold and John was working for his father full-time by the age of 16. In May 1957 the building was gutted from a fire. The rebuild focused on the shop downstairs, which now had the name ‘Foto Supplies’. Jack closed the upstairs studio and reduced his hours with the shop in 1960 to focus on this passion. His work always stayed on the forefront of photographic artistic techniques and styles.

Aware of international standards, John and Jack Dallinger continued to evolve the shop to keep up with photography and consumer needs and trends. The third generation of family members began joining the business in 1990 when John’s son, Justin, began work full-time. He was followed by his siblings, Matthew in 1992, Nicole in 1997 and Mark in 2004. Sadly, John passed away suddenly at the age of 55 in 1996.

When Jack passed away at the age of 88 in 2001, he left behind a wonderful collection of images that capture Albury and the region’s social scene and history.

In 2017, Foto Supplies celebrated 75 years of business. The Dallinger family, including John’s wife Jonene, still operate the business today. Continuing to be at the forefront of photography while also honouring their father and grandfather’s work, the family continue to help capture Albury’s history and life.

Many buildings on Dean Street and around Albury have been developed thanks to the Farrah family. This legacy of quality service, heritage buildings as well as ambitious building development continues today thanks to the next generations of Farrah family members. A part of the strong Lebanese-influenced development of the city, Carl Farrah and his wife Maree established many stylish businesses in Albury. The first was in 1921, manufacturing ladies' and babies' clothing in a shop on the corner of Kiewa and Smollett streets.

The business was moved due to flooding to the east end of Dean Street. The land was previously occupied by Chinese market gardens and the occasional small retail shop. Carl Farrah moved the menswear business in 1932 across the road to the newly built Farrah’s Building. The family’s own home, known as Carlmaree, was also a new development for Albury. Built in the 1930s on North Street, the home was the first of its kind with Art Deco style and a swimming pool. Maree hosted significant people from all over the world and presented new fashions with parades at Carlmaree. It was a central part of the fashionable set of Albury. Carl and Maree had three sons; twins Edmond and Albert, and Gabriel. Through the son’s family, charisma and business skills, they quickly became well-known in the area. In 1957, Carl Farrah passed away at the age of 58. His sons took over the management of the mens' and ladies' stores.

Throughout the decades the Farrah name impacted the area through business, philanthropy and other endeavours, such as a significant impact on horse racing. Up until the 1990s, the Farrah menswear store was owned and operated by the Farrah family. Edmond’s son Wayne and his wife Margot managed the business from the 1980s. Today, the Farrah family continue to have a positive impact on the Albury area. As well as running the Manor House on Hume Street, the Farrah Development Group is operated by Wayne Farrah and his daughter, Louise. Some of their successes include restoring the WAW Building on the corner of Dean and Olive street. In 2016, Louise initiated the purchase of the Farrah Building, now holding local restaurant, Downtown Pizzeria. The façade of the building is being carefully preserved by the family.

Through an innovative and strong business mindset as well as an honour for heritage, the Farrah family continue to help Albury move into the future while also respecting the past.

Herbert Lee Tet met his wife, Emma Crawford, through his family’s business in Seymour. The Lee Tet family ran a fruit shop in the town. When a young Emma, originally from Corryong, was visiting Seymour to look after her sister, she would often visit the shop. It was known as having the best fruit in town. Herbert and Emma were soon married in Melbourne in 1921.

The Lee Tet business was first brought to Albury by Herbert’s brother, Ernest, who had a fruit and confectionary business at 521 Dean Street. Meanwhile the Crawford family was a large prominent local family with connections to Albury and Corryong. Emma and Herbert moved to Albury to be closer to family. Ernest and Herbert went into business together to operate the Theatre Royal (Palais) on 487 Kiewa Street and the Royal Garden Theatre open-air cinema behind the theatre. The cinema was first opened in 1914, at the early years of cinema. They took over the cinema when original owner, Phil Howard, retired. Herbert and Ernest operated the business until Hoyts took over in 1935.

Herbert and Emma went on to have children; Catherine (Kath), Reginald, Kenneth and Phyllis. While the Lee Tet family made positive impacts on the Albury area through their business and social pursuits and many Chinese-Australians developed businesses in the area, Lee Tet’s Chinese heritage was at times attacked and racial prejudice was still prevalent. When the cinema was sold Herbert worked as a labourer on a road maintenance gang, only coming home at weekends. But the racism, which also affected their children, took its toll and prompted Herbert to move to Melbourne. While he lived in Melbourne, Herbert stayed in the children and Emma’s lives. Herbert and Emma’s legacy lived on through their children.

Kath Lee Tet became a fixture for the people of Albury through her integral role as chief clerk at the Albury Base Hospital for 48 years. With a passion for music, Ken was a member of the Albury City Band, playing clarinet and euphonium. Ken also went on with higher education and a career as a paymaster and cost clerk as well as having eleven children. Phyllis was a vital part of early communications, working in the switch board before following the same job to Melbourne. Reginald also moved to Melbourne where he became Grand Master Mason.

West End Plaza now sits where the cinema once was. For the Lee Tet family, the Albury business came to the end but it wasthe business and family that brought them together and to the area. 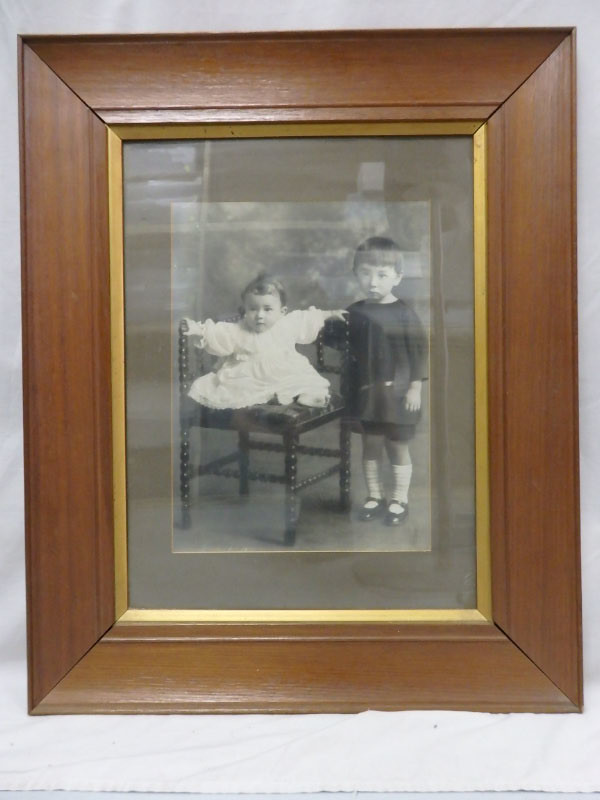 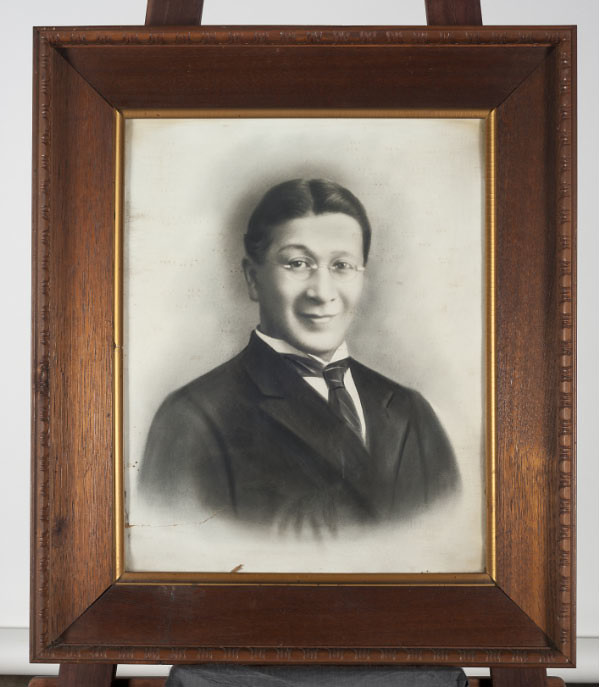