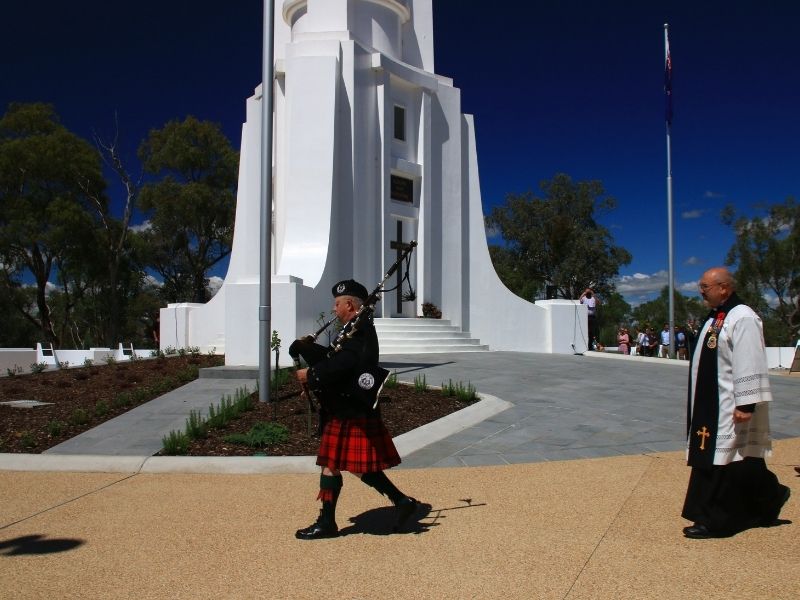 The service began with the strains of a piper followed by official speeches by dignitaries, a blessing, the Last Post and prayers.

Following a minute’s silence, a final prayer was said and the National Anthem played before the piper concluded with the Lament.

The service marked the completion of the redevelopment of the landmark, including the construction of memorial alcoves to honour those who’ve served, as well as roadworks and landscaping improvements, the installation of picnic tables and a drinking fountain, and upgraded CCTV cameras.

Although the memorial was opened to the community at a flag-raising ceremony in May, the project’s completion required the installation of plaques honouring the fallen.

Friday’s ceremony marked the formal completion of the redevelopment, which will ensure the Monument remains a solemn place of remembrance for generations to come.

The work was funded with $1,050,000 from AlburyCity and $300,000 from the NSW Government’s Stronger Country Communities Fund.

Details of the project can be found here.