The district play space is located off Wagga Road, Lavington. There are many exciting things for the whole family to enjoy, including play equipment, a fitness stations, outdoor basketball facility and barbecue areas. 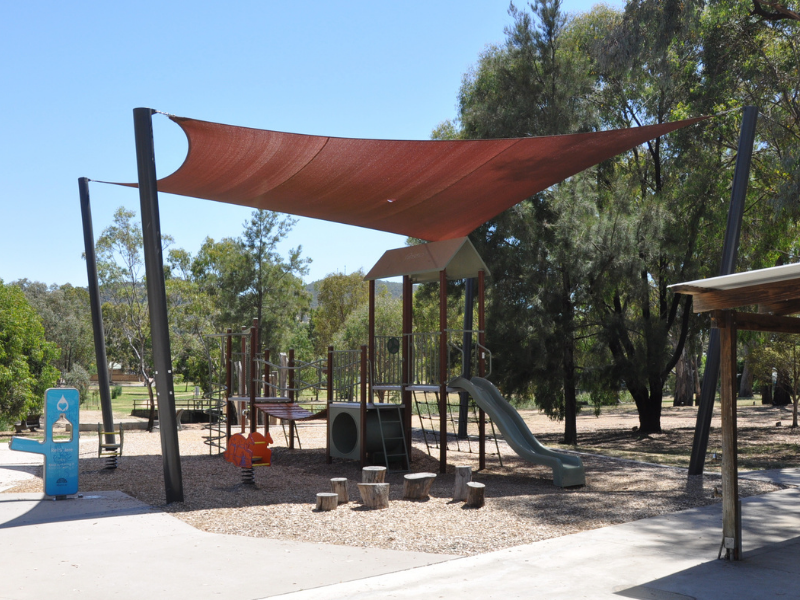 There are two sections of the park separated by a man made Lagoon which acts as a sediment and waste catchment. Periodically the lagoon is emptied and waste and sediment cleaned out. The two sections are linked by a timber bridge. This is a great place for family gatherings. There is plenty of street parking.

The improvements to the park have been through partnerships with NSW Forestry, Lavington Lions, Hoo Hoo Club Australian Forest Growers, The Institute of Foresters of Australia and AlburyCity.

History -  National Foresters Grove was developed in in conjunction with the International Bicentenary Forestry Conference organised by the then Australian Forest Development Institute in April 1988.

Read More about the History of National Foresters Grove

Tree dedications - Many of the trees are dedicated to individuals or organisations that have made a significant contribution to the forestry industry.