Nurses and midwives care for the most vulnerable in our community, and as a profession, are a fundamental part of our frontline response to public health.

The year 2020 was nominated by the World Health Organisation as the International Year of the Nurse and Midwife, to celebrate the 200th anniversary of the birth of Florence Nightingale, a pioneer in nursing. The practices of handwashing, standards of cleanliness and learning from data, which were endorsed by Florence Nightingale during the Crimean War are at the forefront of our minds again, as the global community battles the Covid-19 Pandemic.

While many in our community have been staying home to stay safe, our nurses have mobilised: staffing the drive-through Covid-19 testing facility at Wodonga Hospital, performing contact-tracing, and supporting patients, students and fellow staff to be COVID-safe at all times. Our midwives have continued to support birthing women in a strange and anxious time, our community nurses continue to attend to those in need, and our hospital staff show up, day and night to care for the sick. These men and women, donned in PPE, and putting the needs of others first, have become a thin-red line that is keeping our community safe.

2020 has been a year of immense challenges, but it is also a time to celebrate nurses and midwives of the past and present - their training, experiences, achievements, and their sacrifice. In a year dominated by a rolling public health emergency it is clear, we have never needed them more.

Nurse on Call is a collaboration between Albury Wodonga Health and Albury LibraryMuseum to celebrate the International Year of the Nurse and Midwife. One hundred years of nursing in the Albury Wodonga region is explored through images, primary sources, newspaper articles, official hospital documents, and oral histories. We cannot tell every story, but we hope to provide a glimpse into the nurses of the past, while also celebrating the nurses of the present.

In addition to a few private hospitals, Albury and surrounds had been served by the Albury Hospital and Benevolent Asylum since 1861. As the number of patients being cared for increased, the need to improve facilities not only for patients, but for the nurses who cared for them, became a priority.

Training for nurses was delivered in hospitals in a form similar to an apprenticeship and nurses lived onsite. When the new hospital (in Wodonga Place) was completed in 1918, it was opened as the Albury District Hospital and Training School for Nurses. Modern nursing, with its foundations established during the Crimean War, was highly regimented and hierarchical.

Nurses during this period were impacted by both the First World War and Spanish Influenza, as the Albury Wodonga Community had to mobilise to respond to world-wide events.

During this era, nursing was one of the few professions deemed acceptable for women in a society in which many argued a woman’s place was in the home. In the 1921 Census, only 19 percent of ‘breadwinners’ were identified as female. It was also noted that since 1900, there had been an increase in the ratio of female ‘breadwinners’ under the age of 25. As reflected in the hospital’s annual reports, women were expected to give up their nursing careers if they were to be married or wanted at home.

In 1924, Victoria introduced mandatory registration for nurses, followed by New South Wales in 1926.

In 1937 work was completed on a two storey nurses’ home to house the growing nursing workforce. Equipped with modern facilities and co-located in the hospital grounds, it ensured nurses were onsite, and on call to staff the rapidly-increasing patient loads.

The 1940s began under the shadow of the second World War.

An extension to Murray Valley House, and a lack of domestic staff, had led to an increase in nursing staff but not to the facilities to house them. A letter-to-the editor dismissing the need for more nursing accommodation in favour of public wards was met with swift rebuttal from nursing staff.

In 1947, Blackie House and new nurses accommodation were officially opened. In the same year, the site for the Wodonga District Hospital was chosen. Nursing staff began to be supported by domestic staff made up of displaced persons from the newly opened Bonegilla Migrant Camp.

Nursing continued to provide otherwise unseen career opportunities for women - as long as they were not married. Their role continued to include participating in fundraising activities, such as Queen competitions, to raise money for their workplace.

In the first part of this era, nursing remained an opportunity for single women only. Training and living onsite, nurses recall a strict Matron and senior nurses, who ensured rules were followed. Tasks were assigned by year level which was represented by the number of lines on a nurses’ cap. Junior nurses cleaned pan rooms and attended to patients’ rooms and meals until they progressed to tasks such as dressings and removing sutures.

Nurses shared rooms in the onsite accommodation and formed deep, lifelong friendships. There was a strong sense of comradery in nursing, and support to junior nurses was shown both during and after training. By the 1970s, junior nurses were being given more responsibilities, but their training was still very practical and experience-based and they were expected to “work, turn up, and to get on with it,” (personal recollections by Vicki Anderson).

This era was a period of great change in the nursing industry particularly in how nurses were trained. The 80s saw a move away from ‘task oriented training’ to more generalist training that additionally responded to the increased use of technology in the health sector. In 1984 the training of nurses was moved from being delivered in hospitals to the tertiary education sector.

Nursing was no longer only the domain of unmarried women, with increasing numbers of married women and men entering the nursing workforce. Nursing education obtained locally led to careers throughout the country.

In 1994 the new Albury Base Hospital opened in East Albury as a modern facility to accommodate a growing population, equipped with an Emergency Department, Intensive Care Unit, acute mental health ward, general medical and surgical wards, as well as a children’s ward, and complemented by modern subacute facilities, including a rehabilitation ward and hydrotherapy pool.

Patients typically stayed in hospital for longer periods than today and occupancy levels were high. Staff shortages and increasing demands from new technology meant nursing was often carried out in difficult and challenging circumstances.

After a devastating bushfire season, there was barely time to take a breath before the next challenge descended. The first case of Covid-19 was detected in Australia on January 25th. The first case in Albury Wodonga was reported on 22 March, with eight cases reported in Albury and two in Wodonga in the first month to 17 April. Albury Wodonga Health’s Covid Response was swift and effective, with a drive-through testing clinic set up rapidly (the first of its kind in regional Victoria) and a service-wide pivot to Covid-reponse, including updated policies and procedures, staff training, acquisition of resources such as PPE, the establishment of a contact-tracing team, swabbing team, and COVID-safe changes across all areas. All this while managing the regular flow of students who were trying to complete their training, as well as the entire community who needed access to the healthcare service. In those early days in March, a stoicism among nurses is a prevailing memory of one health-care worker: “When I visited the wards and asked how they were feeling, one experienced nurse said to me: ‘we’re ready, we’re nurses’, and in that moment I knew we were going to be ok” (personal recollections by Anna Griffith).

Nursing staff are just one part of the giant team that have mobilised for Albury-Wodonga’s Covid-response, but their contribution is one to be celebrated. To our nurses and midwives, now we have reached the end of 2020, we can look back and see service and sacrifice. It is your work that has kept us safe. Thank you.

The exhibition team would like to thank the following for contributing to this project:

We would also like to acknowledge the following people for their support of the project and assistance with oral histories and collation of materials: 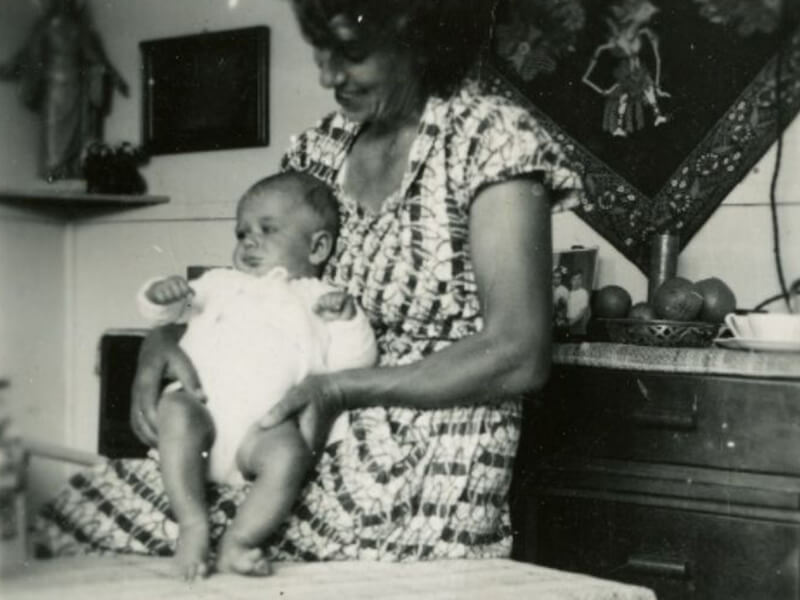