Local legend proposed to be honoured at Lavington Sports Ground

In 2020 our region's premier sporting destination, the Lavington Sports Ground, was reopened following major redevelopment. Additional grandstand facilities with 600 undercover seats, coaches, media and administration spaces, and a dedicated function area were all a part of this exciting upgrade. 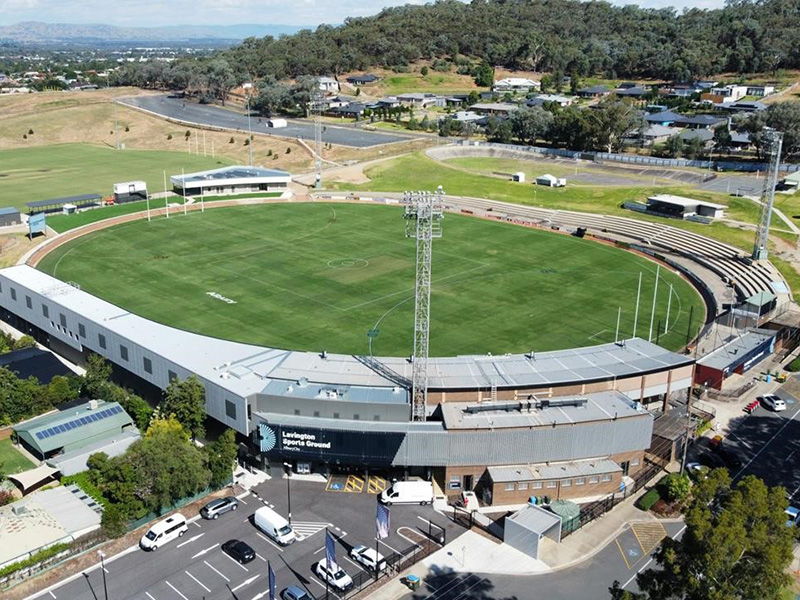 Following the upgrades, AlburyCity received a proposal from a former Lavington Football Club player and long-time supporter, requesting that the new section of grandstand be named after the late Col Donnolley due to his significant involvement with the development of the sports ground and sports club in its early days.

Col Donnolley first became involved with the Lavington Football Club in 1958, serving as President for 17 years from 1959-1976. He enhanced the club’s future on-field success by progressing their junior base, and ensured their financial viability by forming the Lavington Sports Club. He also grew participation by introducing other sports to the club including basketball, netball, bowls, social golf, squash, cycling, athletics, darts, snooker and cards.

Col led a group of committed individuals in the planning of the original Lavington Sports Club and oval, the subsequent purchase of the land, construction and opening of these facilities.

He was also the founding Secretary of the Albury Cycling Club and secretary and referee for Riverina Zone of NSW League of Wheelmen. Col's cycling involvement and contacts meant he was instrumental in the development and coordination of the initial athletics and cycling carnivals at the facility, which became very popular through the 1970’s and 80’s, attracting elite athletes and significant prize money. These carnivals developed the early reputation of the grounds, and ensured it was a well-known regional sporting facility.

Sadly, Col passed away in 2009 at age 90. Some of his children still live in the Albury area.

AlburyCity are now seeking feedback on the naming of the redeveloped section of grandstand, to be known as the CT Donnolley Stand.

This will complement the exisitng grandstand which is named the WG Hartley Stand.

Mayor Kylie King said the naming of the new grandstand after Col Donnolley felt appropriate given his involvement in getting the sporting precinct up and running in its early days.

"Col is a local legend who was well respected for his tireless effort and commitment to developing local sport, and this would be a fitting honour for the contribution he made to the Albury community."

To have your say on the naming of the new grandstand, visit the AlburyCity website.