Rewarding our community for DO-DOing the Right Thing

AlburyCity has launched a fun new initiative that rewards dog owners, and encourages the right behaviour in picking up after their pooch! 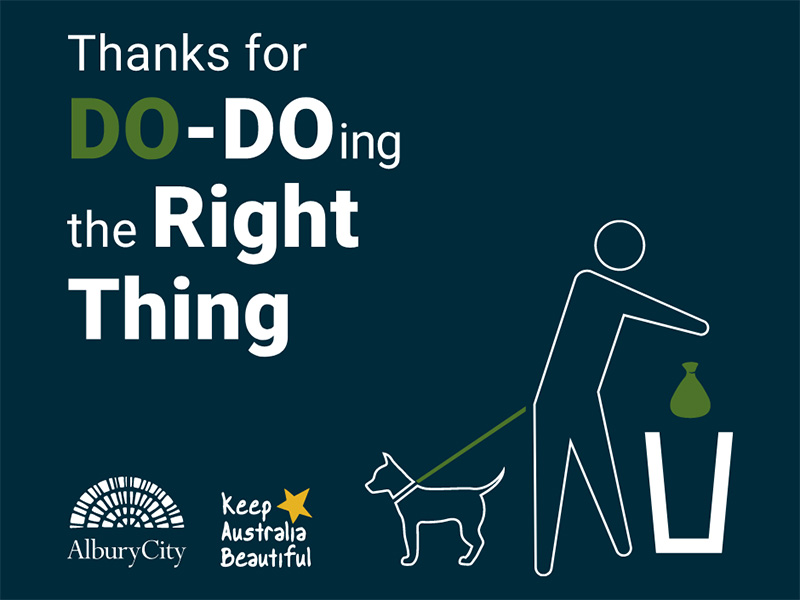