Thursday 18 November 2021
Union Road in Lavington is now more accessible and safer for pedestrians, following the completion of phase one of improvement works in the area. 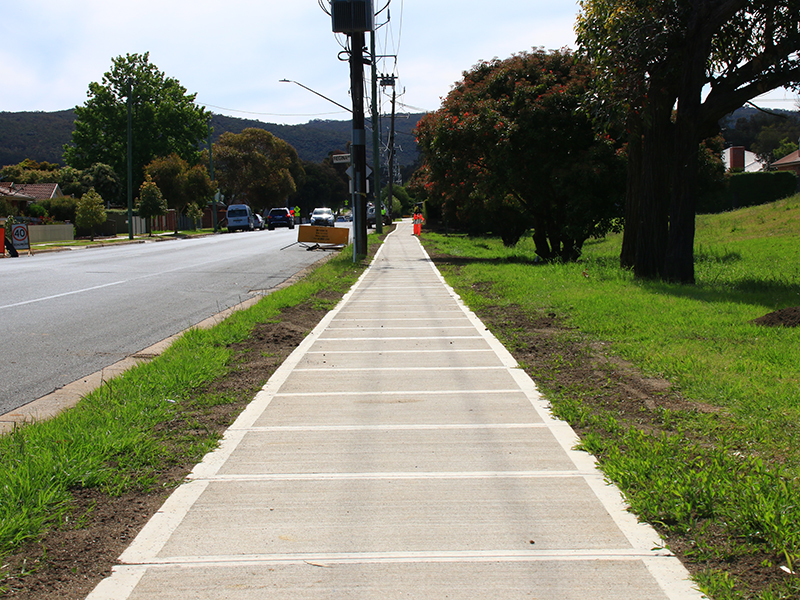 The works – between the Five Ways and Burrows Road – have delivered 1.3 kilometres of new footpath along the northern side of Union Road and five pedestrian refuges in the road’s centre.

Four raised thresholds, or continuous footpaths, have also been built at roadside intersections. Drivers turning into these side streets must give way to people crossing the street.

The works will improve walking connectivity, with the refuges to make it easier to safely cross busy Union Road, while the thresholds will improve visibility at intersections.

The project is funded through the Federal Government’s Local Roads and Community Infrastructure Program.

In the next phase, to be delivered next year, we’ll build an additional three refuges, two raised thresholds, and 100 metres of footpath.  The raised thresholds will be constructed on Moore and Bralgon Streets, to improve walking access to the Lavington Swim Centre.