River project to be delivered sooner

Thursday 3 June 2021
Plans to transform a stretch of the Murray River in central Albury have been rapidly accelerated, thanks to funding support from the NSW Government. 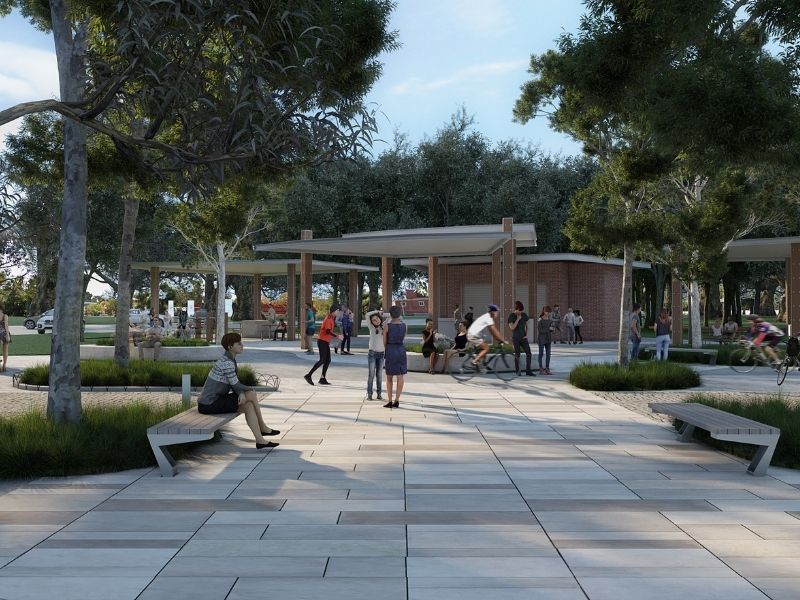 AlburyCity has received $3m from the NSW Public Spaces Legacy Program, which will mean the Riverside Precinct Project along the riverfront can be completed in one phase, rather than over several years as previously planned.

Among the works to be brought forward will be the development of a market space adjacent to the river along Hovell Tree Drive.

AlburyCity Mayor Kevin Mack thanked the NSW government for its support, saying the Albury community and the wider visitor economy would enjoy the benefits long into the future.

“It’s very exciting to be able to open up this fantastic space in a much shorter time than planned and create a whole new riverside recreational and meeting area right in the heart of our city,” he said.

“This work will deliver a new experience for our community on a currently under-utilised stretch of the river, providing a wonderful community space for locals and visitors to enjoy.

“By bringing forward the development of the market space near the wood-fired ovens, we’ll also be able to host farmer’s markets with up to 60 stalls, food trucks, or other community events in a beautiful, landscaped space right on the edge of the river.”

The NSW government funding will also enable the activation of the largely unused space around the Bungambrawatha Creek outfall, with the development of a walking trail in the area.

The central feature of the project will be a boardwalk and jetty along the river, near the Albury Swim Centre, which will be delivered in partnership between AlburyCity and the NSW Government’s Regional Growth Environment and Tourism Fund.

Totalling about $9M, the entire project will take about 12 months to deliver, with construction work expected to begin in November this year.

The Riverside Precinct has been planned and designed with extensive input from the community, through ‘Have Your Say’ processes and other channels.