Monday 20 January 2020
AlburyCity has welcomed important support from the NSW Government that will help to further unlock the enormous economic potential of the Nexus Industrial Precinct. 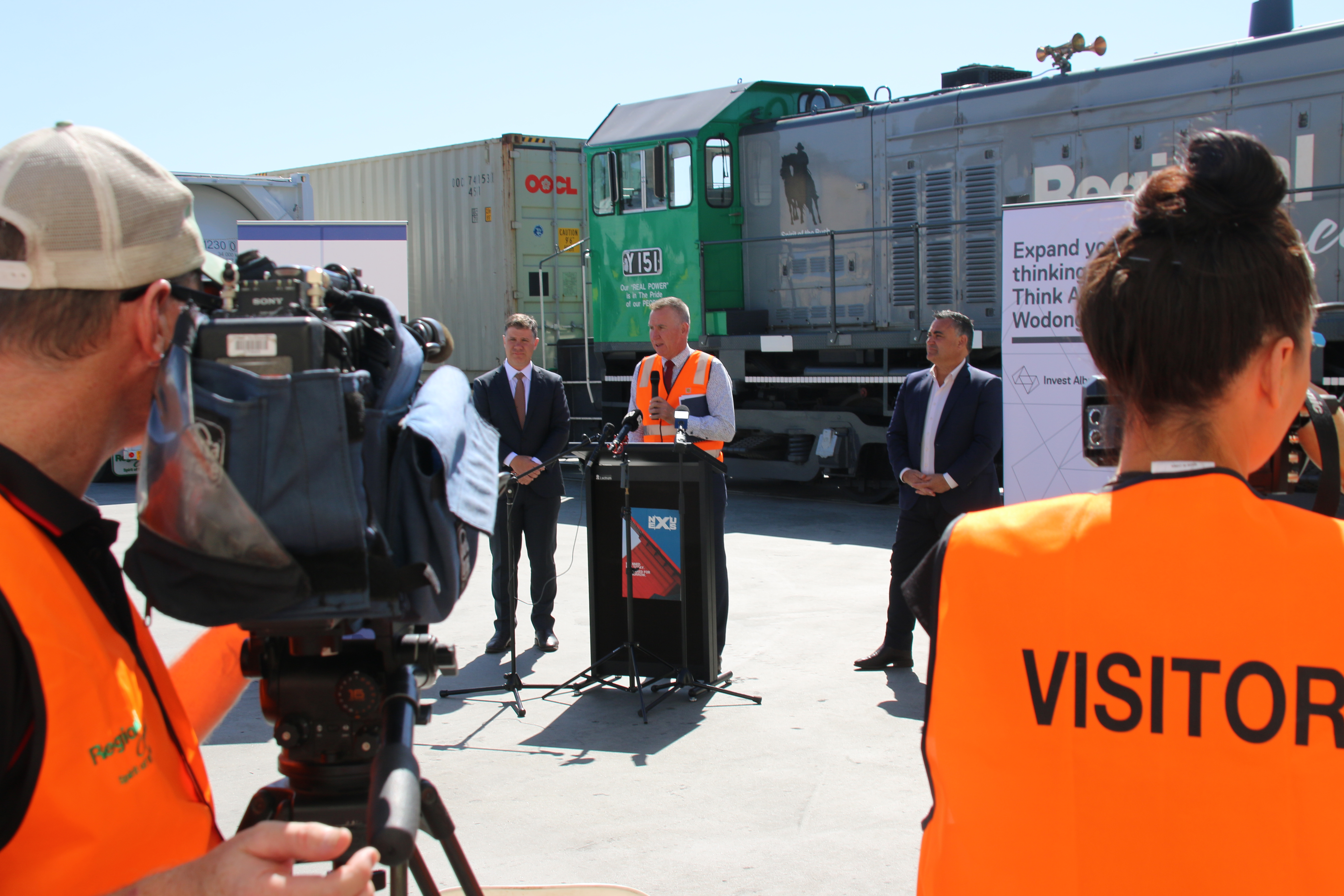 The Government’s designation of a Regional Job Precinct (RJP) at Nexus will encourage large scale industrial development by removing planning complexities and delays that can act as barriers to investment.

It’s a whole-of-government program aimed at activating employment sites like Nexus, which has been identified as a location with a demonstrated need and readiness for development.

AlburyCity Mayor Kevin Mack said the RJP would pave the way for manufacturers and other operators to invest at the 450 ha site, north of Albury.

“AlburyCity prides itself on delivering red carpet, not red tape, and this RJP does exactly that by streamlining the approval and development processes for new industries on site,” he said.

“The support of the NSW Government in enabling this progress is critical to the long-term development of Nexus, which will ultimately employ thousands of people and generate at least $1.5B for the Albury Regional Economy.”

Deputy Premier John Barilaro, who travelled to Nexus to announce the RJP this week, said the Government was committed to supporting the economic growth of regional communities across the state.

“We need to drive investment to our regions, create new jobs and help our state to thrive again, and this is one way the NSW Government is doing exactly that,” Mr Barilaro said.

The Member for Albury, Justin Clancy, said the brand new Regional Job Precinct would be a game-changer for job creation and industry investment in Albury and surrounds.

“Albury’s enviable location along the transport corridor between Sydney and Melbourne means there are incredible opportunities in the freight and logistics, agribusiness and manufacturing industries in the Nexus precinct,” Mr Clancy said.

The RJP also provides ongoing support from the NSW Department of Planning, Industry and Environment, with strong local input.

Interest in Nexus is growing, with the site becoming even more attractive to investors thanks to the implementation of the RJP and the ongoing construction of southern ramps at Davey Road.

The next major developer to begin operations on site will be Circular Plastics, which will soon start construction of a $45M recycling plant, creating 300 jobs for local people.

“Nexus will become a regional economic powerhouse that will fuel the growth of Albury and surrounds for decades to come and we’re very grateful that the NSW Government shares our vision for this incredibly important site,” Cr Mack said.

“This has been a long-term strategic vision for AlburyCity and it’s very rewarding to see place-based planning yielding such positive results for our entire community.”