Wednesday 18 August 2021
The local economy is set to benefit from a projected boost of more than $3.5M, after Lavington Sports Ground won the right to host the 2022 School Sport Australia 15 years and under Australian Football Championships in July next year. 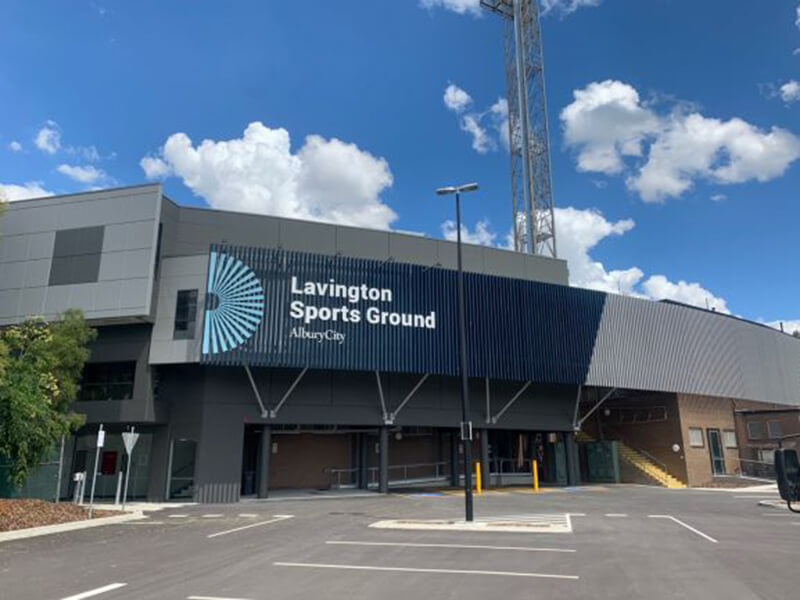 The national championship will bring more than 1300 players, officials, and supporters to the city, with the financial benefits to flow to businesses and attractions across the border region.

The state-of-the-art facilities at the redeveloped Lavington Sports Ground and the region’s experiences, attractions, and support services enabled AlburyCity to make the winning bid.

It will be the first time the championships are held in a regional area in more than 20 years.

The best male and female talent will represent their state in what has historically been an exhibition of Australia’s future elite athletes.

The week-long championship will be played across the dual grounds at LSG, with Urana Road Oval also being used.

While here, the players and their families will be treated to a range of activities encompassing our arts and cultural heritage, entertainment, events, and recreational experiences.

AlburyCity Mayor Kevin Mack said it was a great coup for Lavington Sports Ground, as one of regional Australia’s best sports and events venues.

“Earlier this year, LSG hosted the NSW All Schools State Championship and all involved were very impressed with the venue and associated facilities and services,” he said.

“That success was instrumental in helping us to win this latest bid which will provide a huge economic boost to local businesses and also showcase our fantastic sports ground and associated attractions to visitors from across the country.”

In the past, the championships have been part of the journey to elite sport for players such as Lenny Hayes, Paul Spargo, Allan Murray, John Longmire, Leo Barry, Adam Schneider, Cameron Mooney, Callum Mills, Jacob Hopper and Harry Cunningham.

Albury’s Olivia Barber was named player of the championship in 2017 ahead of being drafted to Geelong, and Alyce Parker from Billabong High School also starred in this championship before joining GWS.

In 2004, representing the ACT, Olympic bronze medallist and NBA superstar Paddy Mills was awarded male player of the championship before realising his basketball dreams.

“It’s exciting to think that Lavington Sports Ground could be hosting the next generation of champions and best of all, we’re thrilled to be hosting these young stars and their families at an amazing venue that will make all of Albury proud,” Cr Mack said