Monday 12 October 2020
AlburyCity is joining forces with police and local schools to crack down on dangerous driving in school zones. 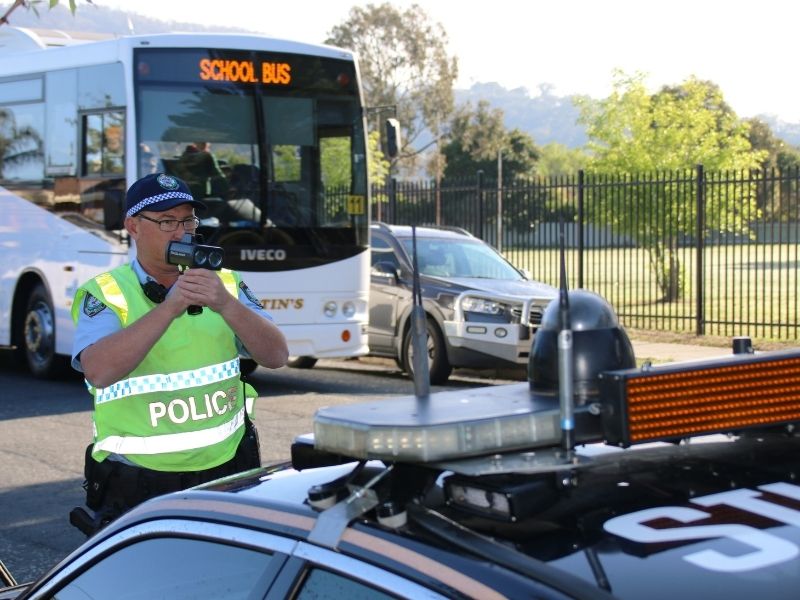 At the start of term four, council and police have warned drivers will face hefty fines if they’re caught putting children’s safety at risk.

AlburyCity Mayor Kevin Mack said tough compliance operations would be conducted at schools across the city, following ongoing concerns from principals about dangerous driving practices such as speeding and parking violations.

“In the past we’ve tried appealing to drivers to do the right thing to reduce the risk to kids but a handful of motorists continue to break the rules – so the time for warnings is over,” he said.

“The riskiest behaviour happens at drop-off and pick-up times when some motorists who seem to think the rules don’t apply to them put kids in danger by parking in the wrong places, significantly reducing visibility for other motorists and significantly increasing the risk of children being hit by cars as they cross busy roads.

“So, those who continue to break the law will be hit with fines ranging from $194 to $464 and the loss of two demerit points for parking offences to higher penalties for speeding and red light breaches.”

From the start of term four on 12 October, police and council rangers will conduct intensive patrols of school zones across the city to detect and deter offenders.

NSW police have warned that dangerous drivers who choose to risk the safety of children in school zones will face fines and loss of demerit points.

School principals are supporting the campaign and are urging parents to obey the laws for the safety of their own children and others.

“Children can be excitable and unpredictable which is why it’s critical that drivers slow down, park correctly and do the right thing to keep kids at all of our schools out of harm’s way,” she said.

Council has provided schools with banners outlining the parking rules to be displayed outside schools.

The crackdown operation began at the start of day one of the new term, on 12 October.