Monday 14 October 2019
The famous landing of the Uiver aircraft on the Albury racecourse 85 years ago will form the centrepiece of a new exhibition celebrating the city’s long-standing links with Holland.

The famous landing of the Uiver aircraft on the Albury racecourse 85 years ago will form the centrepiece of a new exhibition celebrating the city’s long-standing links with Holland.

The exhibition - Albury and Australia’s Dutch Connection - will be launched by the Ambassador of the Kingdom of The Netherlands, Her Excellency, Marion Derckx, on 19 October.

The exhibition charts the history of Dutch migration to and contact with Australia and Albury, with a focus on the 1934 emergency landing of the Uiver – a dramatic moment in Albury’s history that partly led to the establishment of trade and migration agreements between Australia and Holland.

AlburyCity Mayor Kevin Mack said it would be an honour to welcome the Ambassador to Albury for the anniversary celebrations.

“The Uiver emergency and the ongoing work by dedicated local volunteers to restore Albury’s DC-2 aircraft are a tangible connection between our city and the people of Holland and it’s very exciting to be able to mark the anniversary of that famous event in 1934 with a series of functions this month,” he said.

“Australia, and in particular the city of Albury, have a special bond with the Dutch people and by ensuring the memory of the Uiver landing lives on, we’re continuing to strengthen  just one facet of the strong diplomatic, trade and cultural links between Australia and Holland.”

As part of the celebrations, a jazz dinner to celebrate the 85th anniversary of the landing will be held on 19 October. A charity auction will raise money for the ongoing Uiver DC-2 restoration project.

And continuing the anniversary celebrations, author Di Websdale-Morrisey will read from her book about the Uiver landing, On a Wing and a Prayer: The Race that Stopped the World, at the LibraryMuseum on the afternoon of Sunday 20 October.

The exhibition is funded by the NSW Government, in association with AlburyCity. 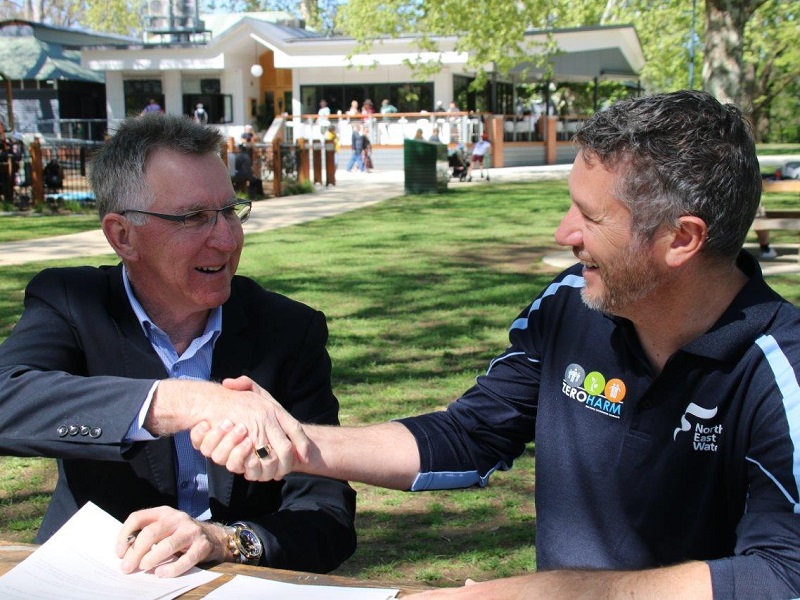 AlburyCity, North East Water and Greater Hume Shire have joined forces to encourage local communities to be Water Wise as dry conditions continue to place pressure on the region’s storages.