Thursday 28 November 2019
A defining moment in the history of Albury-Wodonga and surrounds has been commemorated with the unveiling of interpretive signage to mark the 100th anniversary since construction began on the Hume Dam. 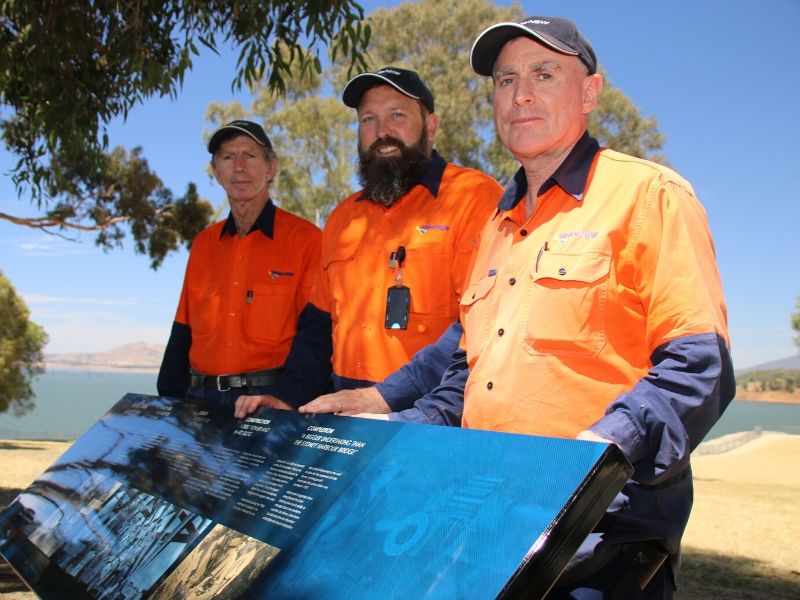 The interpretive panels tell the story of the dam since the first sod was turned on 28 November 1919.

The panels, which have been developed in partnership between Albury, Wodonga and Towong councils and WaterNSW, celebrate a triumph of engineering that created Lake Hume – a critical storage for irrigation and a water playground for locals and visitors.

Completed in 1936, the dam was then one of the largest in the world and today remains an iconic feature of Albury, Wodonga and upstream communities.

An exhibition examining the triumphs and tragedies of the early years of construction of the dam is now on display at the Lavington Library.

The original shovel used to turn the first sod on the project in 1919 featured in the commemorations.

As part of the commemoration, Charles Sturt University – in conjunction with La Trobe University and the Albury and District Historical Society – presented an exploration series reflecting on the dam’s past and present at the Commercial Club