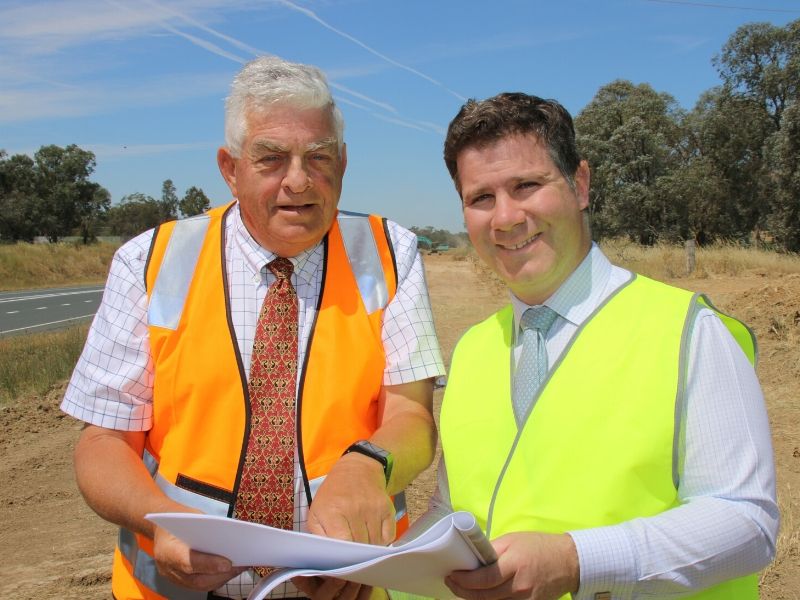 Mr. Clancy, who attended the site to turn the first sod today, said local company Longford Civil will undertake sewer augmentation works, an important step in preparing the 450-hectare site at Ettamogah to become a major manufacturing, transport and logistics hub for the region.

“The Nexus Estate will provide for the growth and development of local businesses while also driving future private investment and creating new jobs,” Mr. Clancy said.

“This will be a major 24/7 industrial hub with key road and rail links to Sydney, Melbourne and Canberra. That’s going to enhance Albury as a regional ‘city of choice’ for future investment opportunities.”

The NSW Government is contributing $9.9 million to the critical infrastructure works as part of the Regional Growth Fund’s Growing Local Economies, funded from the Restart NSW Fund. This is in addition to funding from AlburyCity and the Australian Government and complements previous NSW Government funding for associated road and rail upgrades.

Deputy Premier and Minister for Regional NSW John Barilaro said Growing Local Economies was part of the NSW Government’s commitment to helping regional communities diversify their economies through the creation of enabling infrastructure.

“This funding will contribute to the installation of essential services like sewerage, power, and gas and digital connectivity, as well as contribute to the creation of ramps and a roundabout to link the site to the Hume Highway,” Mr. Barilaro said.

“This project demonstrates our commitment to ensuring that regional centres like Albury can attract investment while also remaining great places to live, work and visit.”

Albury City Mayor Kevin Mack said the funding support would ensure the industrial land parcels on site are investment-ready for the market, broadening Albury’s existing industrial base and creating significant long-term economic benefits for the region.

“Once fully developed, the Nexus Industrial Precinct is estimated to support more than $1.5 billion in Gross Regional Product for the Albury regional economy annually, including direct and flow-on activity,” Cr Mack said.

“Ultimately, that will see the creation of more than 9,400 jobs over the next 30 years, providing a solid foundation for Albury to grow and creating an exciting future for our next generation of residents.”