Thursday 21 November 2019
Albury’s industrial and economic base is set to power even further ahead, thanks to $7.9M in Federal funding for the Davey Road Interchange project. 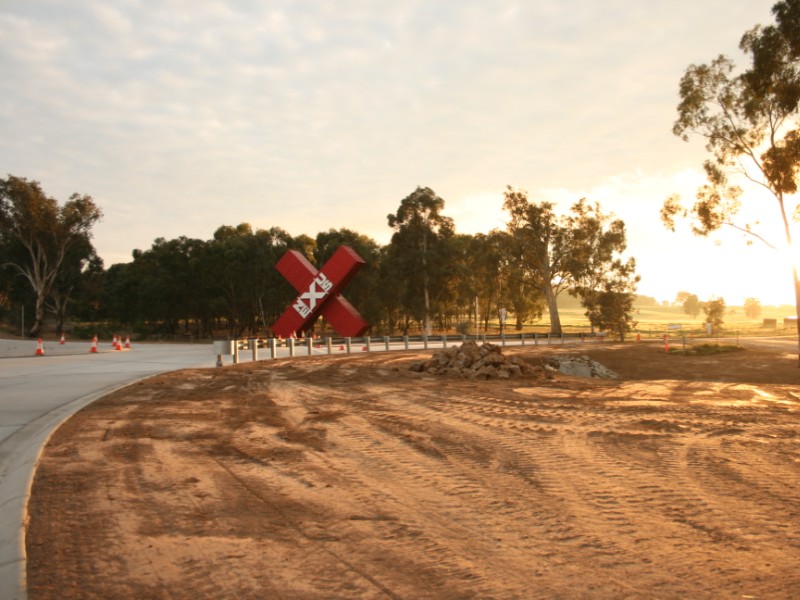 The infrastructure funding will expedite the delivery of important road improvements to service the NEXUS industrial hub at Ettamogah, including the development of south-facing on and off ramps at the Davey Road-Hume Freeway overpass, and a new roundabout at the intersection of Wagga and Davey Roads.

With funds already committed by the NSW State Government for half of the $15.8 million project cost, the announcement today from the Federal Government will see a full diamond interchange at Davey Road become a reality.

AlburyCity Mayor Kevin Mack has thanked the Federal Government for its support, saying the partnership between council, state and federal governments will be critical in enabling the NEXUS site to reach its huge potential.

“The construction of the ramps and roundabout will be critical breakthroughs for the growth of NEXUS, particularly by reducing travel times for heavy vehicles, improving safety and reducing operating costs for the freight industry,” he said.

“This very welcome funding from the government will help us to make NEXUS a leading force in the southern NSW economy, ultimately creating thousands of jobs at what will be a 24/7 advanced manufacturing and freight hub, just ten kilometres from the city centre.”

Council has particularly thanked the Member for Farrer, Sussan Ley, who has worked tirelessly to deliver this vital support to the local community.

The 450-hectare NEXUS site, which includes the Ettamogah Rail Hub, offers opportunities to develop large-scale and heavy industry investments at the centre of a national freight network.

“Industries investing at NEXUS – with its ideal location between major capital cities - will be ideally placed to access 75 per cent of the national population for next-day delivery,” Cr Mack said.

“Over the long term, it will create major investment growth and job opportunities for the region, with the benefits to flow to the  entire community.”

Lots are now selling in stage one of the NEXUS development and investment interest is strong. With the Federal funding to flow immediately, council is preparing for a further influx of interest from developers and investors.