Relive the past and learn about the Garden's rich history and significance.

The inception of the Albury Botanic Gardens began with the original Government grant in 1864 of 50 acres (20 hectares) of land, later occupied by Albury Sports Ground, Noreuil Park, Hovell Tree Park, the Albury Base Hospital and the Gardens. The Albury Botanic Gardens were officially formed in 1877, when Albury had a population of a mere 3,000 people - and lacked the relative wealth of the prosperous gold minning centres such as Bendigo and Ballarat. However, the completion of the railway from Melbourne to Wodonga in 1873 made Albury a natural channel for Riverina produce bound for the markets of the Victorian capital and gave the town a boost to its municipal self-confidence.

In 1887-88 Smollett Street was extended through the Botanic Reserve and the bridge over the Bungambrawatha Creek was built. The Gardens were then given their present boundaries, with an area of approximately 10 acres (4 hectares). Initially, the Gardens were laid out with straight paths and rows of pines, elms and other trees. In 1901 Mr J.E.R. Fellowes was appointed curator, a position he held for 36 years. In this time he transformed the Gardens. The straight paths and shrub beds became curved and rounded, giving a softer, less formal appearance. Shrubberies, annual borders, collections of Australian rainforest trees, exotic trees & palms were established. Since then some changes have taken place, but the layout has remained basically the same.

Over the years the gardens have won many awards for layout, planting design and annual displays. The AlburyCity's staff and indeed all of Albury’s citizens have good reason to be proud of the Gardens. This self-guided heritage walk is intended to introduce you to some of the Gardens’ history and its significance for the City of Albury. 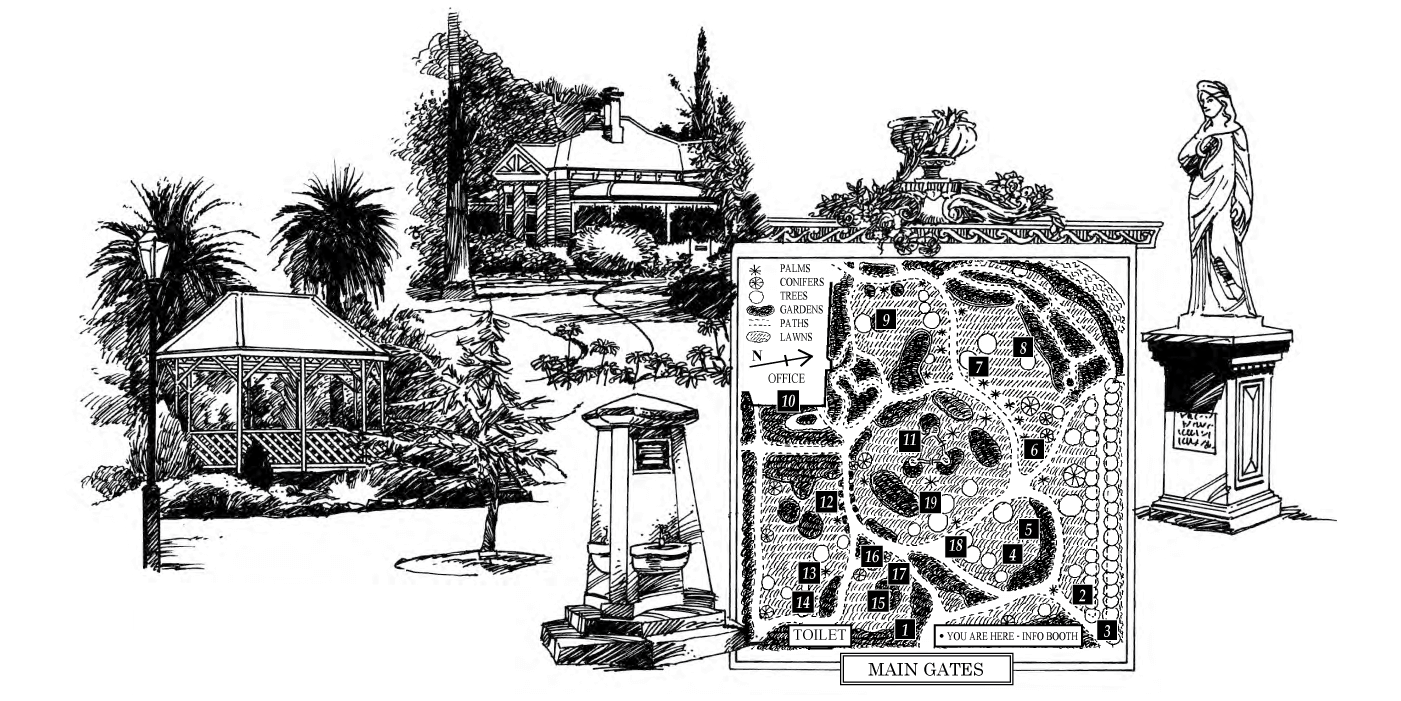