Written by Bruce Pascoe and photographs, maps and illustrations by various artists

Young Dark Emu is the school version of “Dark Emu”, written for older readers, also by Bruce Pascoe, which was published in 2018. At the very beginning of the book, Bruce explains why the book is titled “Dark Emu”. He explains that Dark Emu is a shape in the dark areas between the stars of the Milky Way, and that sometimes Aboriginals use the space between the stars to tell a story, rather than star constellations themselves, as in European astronomy. We all look at the same sky, but the conclusions we draw can be different. Bruce says it is a different way of seeing. At the end of the book, Pascoe explains the importance of the Baiame (the creator Spirit Emu) for the Australian landscape.

This book is very well set out in six chapters, which offers a different way of seeing aboriginal agricultural history prior to European settlement. After much research Bruce Pascoe has gathered together extracts from many original nineteenth century colonial diaries, including that of Charles Sturt, and he has included many sketches from “Scenes from Aboriginal Life” by Kwat Kwat artist, Tommy McRae, 1862. These sketches support Pascoe’s claims that for thousands of years Aboriginals were not only hunters and gatherers, but lived in sophisticated communities of villages where they farmed, harvested, and lived in houses where the architectural design varied depending on the climate and the materials available to build with. These houses or huts were made with strong oval arches, covered with boughs and rendered with clay to stand against the wind and heat. The sizes of these huts varied, but some were quite big, while others small.

In the first chapter Pascoe tells how colonisers forced Aboriginals from their land, killing thousands and destroyed their croplands, so that Aboriginal people had to rely on British food.

In chapter two we learn about Aboriginal agriculture methods before European settlement and how successful their farms were, because they had such good knowledge of the land...they had been there for thousands of years.

We learn how destructive the introduction of sheep was to the Aboriginal land and crops.

Chapter three talks about aquaculture - the farming of fish and other water animals for food - and how it was being done for thousands of years before the first European settlers arrived. We learn about the fish-trap system the Aboriginal people used, called the Brewarrina traps, which are claimed to be the oldest human construction on earth.

We learn about the amazing homes they lived in, in chapter four, and how they stored their food, in chapter 5. We see just how ingenious the Aboriginals were.

Chapter six takes us through what Aboriginals used fire for. Pascoe explains that while European settlers saw fire as a threat, Aboriginal people knew how to use fire to look after the land, by burning different areas from year to year. The benefits from this, included added nutrients to the soil, and keeping areas clear for farming, as well as allowing animals and plants to survive in surrounding areas.

Pascoe explains that Europeans did not value Aboriginal knowledge and forced them from their land. The Europeans then introduced their own farming methods, and sadly this brought about thick forests, where Kangaroos could no longer inhabit. 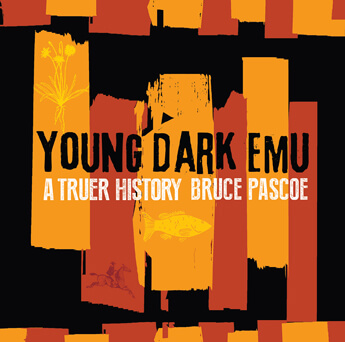